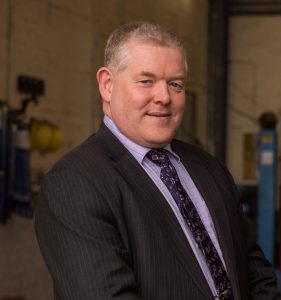 You will probably know from experience that these days employers must not only pay workers a fair wage for a fair day’s work, but provide workplace pensions, welfare and much more. You also must act as tax and NI collectors by operating the increasingly complex PAYE system. An error that results in too little tax or NI being collected can leave you footing the bill. One potential pitfall to watch for is employing casual labour.

When you employ casual labour for a short period you need to take special care when agreeing and processing their pay. A mistake could leave you on the wrong end of a tax and NI bill.

What steps should you take to avoid this?

Different rules and concessions
At one-time HMRC took a more relaxed approach to casual workers where they were employed for a week or less. However, currently the only concession is for short-term harvest workers and beaters for shoots. Broadly, if you employ them for two weeks or less you can pay them without deducting PAYE tax or NI.

JRW Advice Since the introduction of RTI, the golden rule is that, apart from harvest workers/beaters, you should tackle PAYE for casual and short-term employees in the same way as for permanent staff. This includes notifying HMRC of their starting and leaving details on a full payment submission (FPS).

Not enough time
When you employ someone for a matter of days or weeks, for example a student in the holidays, the chances are they won’t have a P45 from a previous job. So, you should give them the usual “starter checklist” to complete to establish the correct code to operate.

JRW Advice Ask them to fill it in as one of their first tasks on day one. It only takes a minute or two.

Don’t When you pay an employee, temporary or otherwise, who hasn’t given you a P45 or starter checklist, don’t make the common mistake of using the emergency code to work out their tax. You must use code BR, or insufficient tax will be collected and HMRC is likely to ask you to pay the shortfall.

Net pay arrangements
Another trap is agreeing a cash-in-hand amount of pay as this can cost you more than you might think.

Example. ABC takes on a student for temporary work. It agrees to pay him £50 in their hand, per day (which meets the minimum wage requirement). The student is paid for two weeks, i.e. ten working days, but leaves before completing the starter checklist. ABC must account for tax on the employee’s pay using code BR. To arrive at the £50 per day it has paid, it costs ABC £730 (£73 per day) for the two weeks. This means the PAYE tax and NI has cost ABC almost half as much as the pay. Note. Had ABC obtained the starter checklist it could have operated an emergency code, which would have reduced its cost to just over £580.

As you will see there are several traps to avoid and that it pays to be smart when employing casual labour. If you would like to talk to me or one of the team about the issue, please don’t hesitate to get in touch.