The new Scottish tax rates left taxpayers pretty confused over how they would work with tax relief for pension contributions. What are HMRC saying about this? Kevin Crowford takes a closer look. 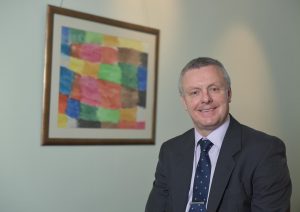 When the new Scottish five-tier tax rates were announced there was no mention of how this would fit in with the UK three-tier tax system, which can still affect Scottish taxpayers in some situations, such as pension relief at source (PRAS).

Here is a summary of the recent statement from HMRC.

How much relief?
Regulations which apply to the UK as a whole give 20% tax relief at source for contributions you pay to registered pension schemes. So, if you pay a contribution of £80, 20% (the basic rate of tax in England and Wales) tax relief is given by HMRC in the form of a £20 payment direct into your pension fund. The trouble is that since 6 April 2018, Scottish taxpayers, who would be liable to 20% basic rate tax if they lived elsewhere in UK, might pay tax at 19%, 20% or 21% instead. The higher rates of tax are also different for Scottish taxpayers at 41% and 46% compared with 40% and 45% in the rest of the UK.

No adjustment needed
The recent HMRC statement confirms that pension companies can continue to claim PRAS at the rate of 20% under the Scottish income tax regime. HMRC won’t adjust the payments it adds to Scottish taxpayers’ pension funds or make a separate assessment to recover any excess tax relief given at source.

How does this affect you?
HMRC’s statement means that if you pay Scottish tax at 19%, or aren’t liable to tax at all, you still benefit from tax relief at 20%. If you pay Scottish income tax at 21% or higher you will have to claim the extra relief on your contributions direct from HMRC.

OUR ADVICE
You can claim the extra tax relief when you complete your self-assessment tax return. HMRC will include further advice on this in its tax return notes for 2018/19 and later years. Where you aren’t required to complete a tax return, and are entitled to extra tax relief, you should contact HMRC and let them know. If you pay tax through PAYE do this now and HMRC will adjust your tax code to give you the extra relief you’re entitled to.

Tax relief on contributions will still be given at 20%. You won’t be required to repay any of this if you pay Scottish tax at a lower rate. If you pay tax at 21% or higher you can claim the additional relief via your tax return.