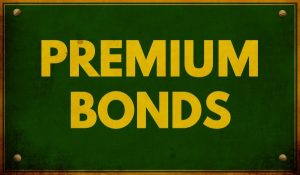 Premium Bonds were originally launched by Harold Macmillan in 1956 as a way of reducing inflation and offering an alternative method of saving. Quite interestingly The Lord Mayor of London bought the first one and by the end of that first day, £5 million worth of bonds had been sold. When they were launched, the top prize was £1,000 and it wasn’t until 1994 that the monthly £1million jackpot was introduced and an additional £1million prize was introduced in 2005.

But if you are one of the UK’s 21 million Premium Bond holders you are probably convinced that you need to have a large sum invested to be in with the chance of winning the £1million jackpot. But whilst there is proof that such a win is possible, it is rare and generally true to say that the more money that you have invested, the greater your chances of winning a prize are.

Each month, the Government backed National Savings and Investments uses Ernie (the electronic random number indicator equipment) to produce the numbers to give away two £1 million prizes, a small number of £100,000, £50,000 and £25,000 prizes and millions of £25, £50 and £100 prizes. The maximum amount that you can invest in Premium Bonds has been increased to £50,000. But even if you have the maximum invested, what are your actual chances of winning?

NS&I and Investments last year lengthened the odds of winning a prize to 30,000 to 1. In fact, for every twenty people with £100 invested over a year, 19 must win nothing for one person to win more than £25! Nevertheless, Premium Bonds continue to be one of the nation’s most popular savings products and people do enjoy owning them and like giving them to children. However, we certainly wouldn’t recommend investing in them as part of your core financial planning instead of pensions, Isa’s or top savings and deposit accounts.

As we stated in the introduction, Premium Bonds are more of a hybrid between a savings product and a lottery, you could say that they are really a way of lending money to the Government. But unlike other debt products, they pay no interest, instead NS&I sets a ‘prize rate’ that is a proportion of all the Premium Bonds that are in issue that month. But people who hold Premium Bonds for the long term should certainly not expect to get a guaranteed amount of return on their investment, it really does come down to luck. If you have average luck over the long term you would receive an average return, but of course you can have below-average or above-average luck too. Considering the odds, average luck will not win you much compared to the interest you could be receiving and compounding on the best deposit accounts on the market.

Despite this, Premium Bonds can be a good option for wealthy people who have exhausted their pension contributions, Isa allowances and the amount of money they can hold in bank accounts that are covered by the Government’s deposit protection scheme. Another advantage is that they are 100% backed by the Treasury and any winnings are also tax free. There is always that possibility of winning and with interest rates on many deposit accounts and cash Isa’s currently at such low rates, the prize fund rate nets out at about 1.1 to 1.2% (if you strip out the 2 million pound jackpot prizes) which is about the same as an instant access deposit account.

The problem is that these are average returns and there are no guarantees. Some people will earn considerably more than this and of course many will earn much less, or perhaps even nothing at all. The most powerful psychological pull of Premium Bonds is that the interest gained is called ‘winnings’ and with £10,000 in Premium Bonds you should win at least £100 a year, the same money in a top individual savings account would generate more than that in interest a year. Nonetheless, with savings rates so low, many savers are willing to accept their lower returns as they don’t feel that they are missing out on much interest because there is always the chance that they might win a bigger return.

However, investors should accept that they might not win any prizes and then simply get their money back, whilst this might not sound too bad, inflation can have a big impact on the spending power of your money in the longer term.

So, are Premium Bonds really worth investing in?
In our opinion they are only worth considering if you’ve filled your Isa allowance, have used a high paying deposit account for some of your other savings and still have some spare money left over. They can also work well as a temporary home for a lump sum that you have set aside to finance a house purchase in the hope that the winnings will beat the net interest from an accessible cash account. Understandably, Premium Bonds also remain popular among parents and grandparents looking for a gift for children, but the minimum investment is £100.

We hope that you have found this article interesting and that it has provided you with some of the real facts that you need to know about this highly popular savings product. But whether you choose to invest in Premium Bonds or not, it is important to say that they are not suitable for those of us who are needing to generate a regular income or who are worried about the long-term effects of inflation.