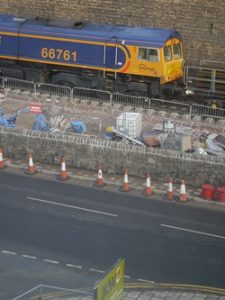 As the longest new domestic railway to be constructed in Britain for over 100 years, this is undoubtedly one of the most exciting developments to have happened in the Borders in living memory.

The new railway will of course provide superb and convenient transport connections to and from Edinburgh but it will also offer massive opportunities for employment, business, tourism and leisure here in the Borders too. As well as revitalising the area’s economy, the railway has the potential to reverse a demographic trend which has left local towns with an ageing population and a reliance on difficult roads to Edinburgh and poor public transport. The new line to the central Borders will bring with it investment and economic benefits to the whole of the region and it is hoped that major employers may now relocate to the Borders, attracted by much lower rental costs and a quality workforce.

When the only railway through the Scottish Borders was axed in the Beeching cuts more than 40 years ago, its closure provoked blockades by furious locals and the last train to take the line had to have a police guard. The Borders was left as the only region in the UK without a rail link, cutting it off from Edinburgh to the north and Carlisle to the south. Thanks to a persistent campaign by residents and rail enthusiasts, that cut will be partly reversed on the 6th September 2015 with the re-opening of the new 30 mile line from Edinburgh’s Waverley Station to Tweedbank in the central Borders.

Originally opened in 1849, it will be the longest section of railway closed to have been rebuilt in Britain. And long stretches of the original route still exist as do many original bridges and viaducts built 163 years ago.  The line will travel through the Moorfoot Hills in a steep climb and reach one of the highest summits in the UK’s rail network at Falahill before making its way through some stunning Borders scenery. In fact three of the line’s seven stations will be located in the Borders at Stow, Galashiels and Tweedbank. 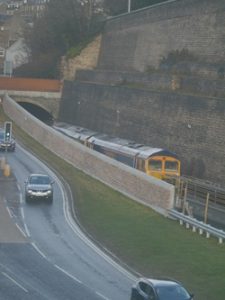 Of course the project has been expensive and not without its critics and getting just part of the original line rebuilt has been a hard fought battle. But encouragingly there are already signs of plans for feasibility studies into extending the line further south, to its original station at Hawick and hopefully to Carlisle.

As almost the only region in western Europe of this size not to have a rail connection yet only 30 miles from the capital, we eagerly anticipate the opening of the new railway in September and the economic impact that this will undoubtedly bring.  With the journey from Galashiels set to take just 50 minutes to Edinburgh’s Waverley Station, this will make not only a big improvement to our transport infrastructure but the new Borders Railway will also bring with it a rich seam of opportunity for business too.

As you know, JRW are all about ‘Growing Business Together’ and would be interested to know if you have plans to capitalise on the railway coming to the Borders? If you would like to discuss your ideas, look at the potential and find out how we can help you to grow your business, please give us a call on 01896 753374.