Budget changes to the Entrepreneurs’ Relief (ER) conditions are proving difficult to translate into watertight law, so the government has announced a further test to provide a shortcut to what it intended to achieve. Kevin Ferguson wades through this Alphabet Soup and provides you with some answers!

In last year’s Budget, the Chancellor announced several amendments to Entrepreneurs’ Relief (ER). To date, the amendment which has caused the most concern is the tightening up of the definition of ‘personal company’. In particular, how this will apply where a company has a number of different classes of shares, commonly known as Alphabet Shares. (See section below which explains what they are and when they should be used). 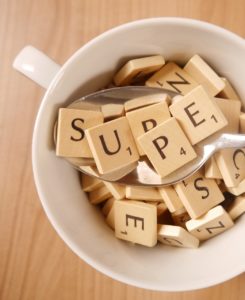 Fortunately, an amendment tabled by the Government before Christmas, should help to resolve some, if not all, of these concerns. The ability of individual shareholders to claim ER on a disposal of their shares depends, amongst other things, on their ability to demonstrate that the company is their ‘personal company’. Under the rules prior the Budget announcement, the definition in relation to an individual required that the individual held:

To qualify for ER on a disposal of shares, the individual must meet these requirements throughout the 12 month period prior to disposal, or cessation of the company’s trade if that occurs earlier. From 6th April 2019, this period is due to increase to 24 months.

The draft Finance Bill published in November introduces two additional requirements which, in addition to the two requirements above, the individual is also required to have beneficial entitlement to:

The intention behind these new requirements is to stop individuals benefiting from ER on cleverly designed share structures which, while satisfying requirements 1 and 2, do not give the shareholder a true economic stake in the business. Whilst most people would consider this a fair and reasonable goal, concerns were raised immediately by professional bodies and individual firms over how the proposed rules would apply in practice.

The extended requirements refer to the entitlement of equity holders, not just shareholders. This requires the individual shareholder to consider their entitlement by reference to rules which were designed for companies. This cut and paste use of rules designed for companies into a test which applies to individual shareholders gives rise to a number of unintended consequences. For companies with alphabet shares which do not rank equally for dividends, a common arrangement in smaller family companies, the concern is how to demonstrate that the shareholder has had a minimum 5% beneficial entitlement to distributions throughout the relevant period. An entitlement to dividends does not arise in these cases until the necessary resolutions are passed. This has given rise to uncertainty over how these rules should be applied for companies with alphabet share structures where dividends have not been voted. Even where dividends have been voted, what then is the position for shareholders of classes of shares which have either not received dividends, or who have received less than a 5% share of dividends even though their shares represent at least 5% of the total issued share capital.

In response to concerns which have been raised, the Chancellor tabled a further amendment to the personal company test prior to Christmas. This amendment introduces an alternative test to the two new requirements above. Instead of having to satisfy the requirements in respect of dividends or assets on winding up, the individual can instead opt to show that, in the event of a disposal of the whole of the ordinary share capital, they would be entitled to at least 5% of the proceeds.

This alternative test should, once passed into law, provide a welcome simplification to help shareholders wade their way out of the complex alphabet soup of new requirements! However, where there is a valuation there is always room for argument, particularly as the companies concerned are unlikely to be listed on a stock market. Even with the amendment, Entrepreneurs’ Relief just got a whole load more complicated.

WHAT ARE ALPHABET SHARES?
Limited Companies are traditionally formed with a nominal number of ordinary shares. As the company grows and more shareholders are added, alphabet shares are certainly something to consider. Dividends are received by all the shareholders of a Limited Company, in proportion to their personal shareholdings. Should there be a need for one shareholder to be paid a different amount to the other shareholders, there either needs to be a dividend waiver or the share structure needs to be amended.

• If you believe you’ll use dividend waivers on a regular basis to distribute company profits disproportionately to the same class of shareholder, then it’s advised to use alphabet shares as a permanent alternative method.
• HMRC are more likely to question dividend waivers.
• Waivers can be seen as unreliable as all shareholders must give their consent each time.
• Alphabet Shares do not need the consent of all shareholders, as dividends are declared by reference to shares held, meaning that dividends declared as being payable to holders of ordinary shares have no bearing on dividends declared as being payable to holders of an Alphabet share
• It is possible to attribute rights or restrictions to alphabet shares. This could be in relation to voting rights or rights to distribution on wind up.
• Alphabet shares allow freedom and flexibility in paying dividends, so payments can be made to a certain class of share without having to pay the same amount in dividends to each company shareholder. If your Limited Company’s shareholders are taxed at higher rates than one another (if at all) then alphabet shares are a particularly good idea.