You’re one of three directors of a company which usually pays dividends once a year but one of the directors needs the money urgently. The trouble is that two of the directors are out of the UK, so how can a dividend legally be paid? Bob Johnstone provides the answers. 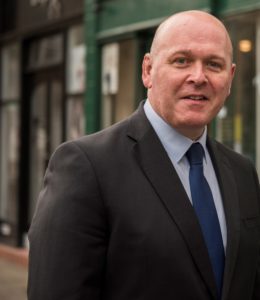 What kind of dividend?
Dividends for ordinary shareholders come in two types; interim and final. A final dividend can only be paid with the shareholders’ approval after the company’s financial accounts have been finalised. An interim dividend doesn’t require shareholder approval but does need the board to agree to it, which in turn requires a board meeting. If the majority of the board can’t attend this can pose a problem getting approval for a dividend that’s needed quickly.

Urgent payment
Due to a mix-up with the bank ‘Director A’ found himself without sufficient funds to complete a house purchase and very little time to resolve the problem. Fortunately, his company, of which he is one of the director shareholders, has more than enough cash and was only weeks away from finalising its annual accounts and paying a final dividend. The bad news was that the other directors were holidaying abroad and so not able to attend a meeting.

Cash options
Usually, the dividend protocol for Director A’s company was for it to pay a single (final) dividend each year. This wasn’t possible because its annual accounts weren’t finalised. The alternatives were either to pay an interim dividend or borrow from the company. The former requires only approval by the board while the latter requires it from the shareholders, unless it’s for no more than £10,000.

Abiding by the rules
Of course, Director A could simply have taken the money from the company account and settled up using cash from the final dividend when it was approved. However, as well as being contrary to company law, taking this sort of liberty would probably have caused trouble with his fellow directors. It could also have detrimental tax consequences.

While it’s unlikely that HMRC would pick up unapproved use of company cash, it might. A tax inspector could then argue that it counted as earnings (on which PAYE tax and NI contributions are payable) because without approval by the directors or shareholders it could not legitimately be either a loan or a dividend. If you think this sounds far-fetched you should think again. This has happened in the past and even though HMRC eventually backed down in each case it wasn’t before the companies involved incurred significant accountancy fees in rebuffing HMRC’s arguments.

CONCLUSION
Don’t make advances of cash to directors until approval by either the board or the shareholders has been received.
The good news for Director A was that company law and the standard model for articles of association, allow companies to hold virtual board meetings. This means that a legitimate board meeting can be as simple as a conference call or Skype meeting.

Final dividends need approval by the shareholders whereas the board can approve interim dividends. It isn’t necessary for board members to be physically present at a meeting to approve dividends. Company law allows decisions to be made as long as the members can communicate.