From being unattractive and restrictive in many ways, pensions have now become a great deal more appealing.

Back in 2014 the then Chancellor George Osborne gave savers full access to their pension pots abolishing the requirement an annuity. As well as this, there is also the potential to use pensions as a way to mitigate Inheritance tax (IHT).  Our Tax expert, Steven Turnbull takes a closer look at the implications. 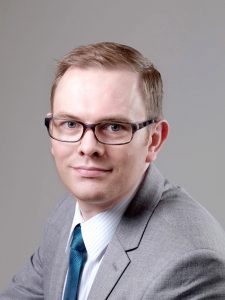 You’re approaching pension age but have decided you don’t need the income. Instead you’ll leave it to accumulate for a while. However, you’ve been told that this can result in it becoming liable to IHT when you die. Is this correct?

Pensions and IHT
The huge changes to pensions and the taxation of pensions rules in recent years can be bewildering. As a result, getting good tax advice about the IHT position can be difficult, but this is vital to ensure your beneficiaries minimise the tax they’ll pay on money in your pension fund.

Pension contributions
Before we explain the IHT position on money left in your pension fund, it’s worth mentioning that usually paying contributions in, even if they will benefit someone else following your death, e.g. a spouse or child you nominate to receive the money remaining in your fund, doesn’t count as a gift for IHT purposes.

Trap. There is an exception to this rule where you’re in very poor health and in the two years before you die you paid significant contributions with the result that your (IHT free) estate is reduced while your pension fund, which will go to your beneficiaries, is increased.

Who controls the pension benefits?
Most pension plans, especially personal pensions, i.e. not employment-related occupational schemes, are held in a trust by the pension company, with the trustees controlling what happens to the money in the fund after you die. This means it’s outside of your estate for all purposes including IHT. However, there are three situations where HMRC can argue that part or all of the value in your fund is liable to IHT:

Tip. If you have an RAC with death benefits, talk to a financial advisor about whether it would be worthwhile creating a trust to which the benefits can be paid to avoid IHT.

2. Transferring pension benefits. If you’re in very poor health and assign (give the rights to) pension benefits to someone other than your spouse or civil partner and die within two years, the value transferred would be part of your estate for IHT purposes. Similarly, IHT could apply, if within the same timeframe, you transferred your pension savings from a plan which had no death benefits to one with death benefits for your beneficiaries other than your spouse or civil partner. This is because you’re reducing your pension entitlement to benefit someone else.

3. You control where the money goes. IHT will apply after you die if the pension company must (under the terms of the pension trust) pay your pension fund to the person(s) you choose. Don’t confuse this with the form your pension company sends you which asks who you want to benefit from your fund when you die. This doesn’t create an obligation for the company/trust to pay the money it is simply an “expression of wishes”, asking, but not binding, the company to pay it.

Tip. As a rule of thumb you don’t need to worry about IHT for most types of pension saving. But this can however change if you fall into very poor health. In that case don’t make changes to your pension arrangements before taking expert advice.

Most pension plans started since July 1986 are outside of your estate for IHT purposes, even if you defer taking money so your beneficiaries get more. Again though if you’re in poor health and change your pension arrangements to increase your beneficiaries’ entitlement within the two years before you die, IHT may apply.