Are you missing out on tax free mileage allowances?
by John Craig MA CA 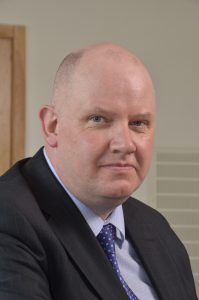 So if you use your own car for business journeys for both your self-employed consultancy and the company of which you’re a Director. What’s the maximum tax and National Insurance free mileage allowance that you can claim?

How much are the allowances?
The tax allowable rates are the same for cars and vans as follows:
•    45p per mile for the first 10,000 business miles and
•    25p per mile thereafter

For example
In your job as a Director you drive 12,000 business miles in 2016/17. You could claim a tax deduction against your pay of £5,000 (10,000 x 45p plus 2,000 x 25p). Alternatively, your company could pay you £5,000 tax and National Insurance free towards the cost of using your car or van for business journeys. If it were to pay you above that rate the excess would be taxable and liable to National Insurance.

More than one job?
The rules don’t allow you to claim the higher rate of 45p for more than 10,000 miles just because you have more than one job, e.g. if you’re the Director shareholder of two companies. The jobs count as associated employments therefore  you are only entitled to a maximum tax deduction at the 45p rate for a total 10,000 miles. The number of cars or vans you use doesn’t change the position either.

Owning two businesses
The bad news is that the associated employment rule isn’t easy to escape. For example, if you own a series of companies (alone or with colleagues), even if they carry on completely different businesses you’ll each be limited to 10,000 miles per year at the 45p rate.

Self-employment
You can increase the amount of tax deduction for using your car for business by shifting some of the work you do into a self-employment.

The associated job rule doesn’t apply to a self-employment which means, for example, that you could claim a tax deduction for up to 20,000 miles at 45p per mile by splitting your work between, say, a directorship and a freelance role. That could increase the annual tax deductible amount by up to £2,000 per year.