If you are the Director of a company, you will know that the taxation of dividends and benefits in kind has changed quite significantly in recent times. So, if you are considering taking more income from your company, which option should you choose for maximum tax efficiency? 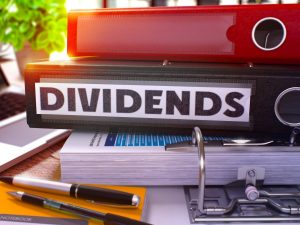 But before we do that, let’s look at the current situation and who is likely to be affected.

Basically, anyone who is liable to pay income tax on dividend income.

The new Dividend Allowance in the form of a 0% tax rate on the first £5,000 of dividend income per year.  UK residents will then pay tax on any dividends received over the £5,000 allowance at the following rates:

Dividends received on shares held in an Individual Savings Account (ISA) will continue to be tax free.

TOPPING UP YOUR INCOME
Choosing to draw tax and National Insurance efficient types of income from your company can make a big difference to you. As a rule of thumb, salary in excess of the NI threshold (£8,164 for 2017/18) is the least efficient option. Dividends are generally the most tax efficient, but their advantage has been eroded since 2016/17 and beyond.

Therefore, if you intend to take more income from your company it is worth considering the following alternatives:

Salary or benefits in kind?
As salary is the least tax and NI efficient option, this leaves benefits in kind as the other alternative to dividends. However, since April 2017 new rules block tax and NI savings that previously could be made by swapping salary for perks (typically tax and NI exempt ones) through salary sacrifice arrangements.

RECOMMENDATION
The good news is that if you control your remuneration from your company you probably aren’t affected, or can easily avoid, the tax restrictions on salary sacrifice arrangements. This means benefits can be used as an alternative tax-efficient income.

RECOMMENDATION
The downside of perks, compared with dividends, is that they aren’t in cash. Therefore, they work best when used to replace an expense you would otherwise have to meet from your cash resources, for example your bank account.

Let’s assume that you are a higher rate taxpayer and your company provides you with a mobile phone, which saves you £900 per year. Because the perk is exempt there’s no tax or NI for you to pay. Plus, your company can claim corporation tax relief at 19% on the cost of providing the phone, reducing its cost to £709. If you received a dividend of £900 your tax bill would be £292 and, unlike the cost of the phone, your company wouldn’t receive tax relief for it.

Choosing perks over dividends
While there are a wide range of perks that are tax exempt benefits, only some are suitable as an alternative to dividends, e.g. mobile phones, pension contributions, pensions advice, childcare schemes (if started before 6 April 2018), bikes under the Cycle to Work scheme, benefits costing up to £50 and a few others.

RECOMMENDATION
Another advantage of benefits over dividends is that they can be provided even if your company has no profits. This makes them especially worth considering in start-up businesses where profits are tight or there are losses.

Benefits in kind which are exempt from tax and NI are more tax efficient than dividends. For example, a company paid for mobile phone contract worth £900 per year can save tax of £292, plus your company gets £171 tax relief for the cost.

IN SUMMARY
This measure has obviously been introduced to reduce the incentive for people to set up a company and make payments as dividends rather than as wages simply to reduce their tax bill, thus enabling the Government to reduce the rate of Corporation Tax. The measure will supposedly modernise, reform and simplify dividend taxation, creating a fairer system. Only those with significant dividend income, or those who are able to pay themselves dividends in place of wages, will pay more tax.

We hope that this article has clarified these changes to you and that it has pointed out the most tax efficient options that are available to you as a Director. But as ever, if you need help or advice relating to tax on directors’ salary, dividends and perks, then please don’t hesitate to get in touch with one of the team here at JRW.