It is becoming increasingly common for individuals to claim that their hobby is actually a taxable trade, Kenneth Logan investigates. 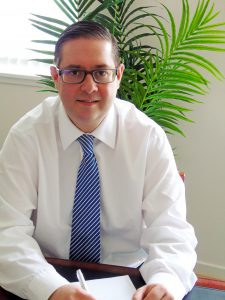 There are many people who have hobbies which generate money for them, such as buying and selling items on eBay or at car boot sales. But what you might find surprising is that it is becoming increasingly common for some of these individuals to claim that the activity is actually a taxable trade, rather than a non-taxable hobby. In particular, an individual may contend that loss making activities amount to a trade so that relief for trading losses can be offset against the individual’s other income often referred to as sideways loss relief.

Is there really a trade?
Not surprisingly, HMRC tend to examine many such sideways loss relief claims and they may contend that there is no trade and if that is the case there can be no trading loss. Unfortunately, there is very little guidance on the meaning of ‘trade’ within tax legislation, it is simply defined as including ‘any venture in the nature of trade’. This lack of statutory guidance on the meaning of ‘trade’ has resulted in extensive case law over the years.

However the following ‘badges of trade’ can sometimes be helpful:

However, case law indicates that these badges of trade should not be used as a checklist to conclude whether a trade does (or does not) exist and HMRC guidance also urges caution about relying too heavily on the badges of trade.

Is it actually commercial?
Even if it is accepted that there is a trade, HMRC will sometimes argue that the trade is not being undertaken on a commercial basis and/or with a view to the realisation of profits of the trade. Sideways loss relief is not available in those circumstances.

A number of recent cases have considered whether a trade was carried on, and if so, whether the sideways loss relief restriction applied as follows:

•    Ali v Revenue & Customs (2016) – An individual (also a successful pharmacy business owner) who bought and sold listed shares with a view to profiting from short term price movements was held to be carrying on a trade and the first-tier Tribunal held that it was commercial, meaning that the above loss relief restriction did not apply.
•    Anthony & Anor v Revenue & Customs (2016) – A trade of chartering a vessel for day charters was held not to be commercial, and the trade was not carried on with a view to the realisation of profits in the relevant periods.
•    Patel v Revenue & Customs (2015) – The tribunal held that an individual’s separate trades of supplying ingredients and running cookery workshops never got beyond being a hobby and sideways loss relief was denied.
•    McMorris v Revenue & Customs (2014) – An individual’s activities in purchasing a half share of a racehorse and paying towards its training costs with a view to selling the horse later at a profit did not amount to a trade and was not operated on a commercial basis for sideways loss relief purposes.
What about selling online?
Internet sales may be undertaken as part of carrying on a trade for tax purposes, or they may not, depending on the nature of the activity. HMRC would use the same badges of trade to test this as it would for a hobby business.
If you have an online shop then this definitely points towards trading, selling regularly on eBay to make a profit looks like a taxable trade however you probably won’t be carrying out a trade for tax purposes if you occasionally sell unwanted items on eBay. However if proceeds exceed £6,000 for one item it is possible that you are liable for Capital Gains Tax, particularly valuable items such as stamps, coins and antiques may be affected by this.

Our Recommendation
HMRC’s guidance includes extensive commentary on the meaning of ‘trade’ and whilst this does not  carry the force of law, it is potentially useful to be aware of their view and general approach in establishing whether or not a trade exists. A detailed business plan may be helpful in establishing that a trade is being carried on commercially and with a view to making profits. In fact, this was held in the Ali case to be the decisive factor in the taxpayer’s favour.

The Government announced in this year’s Budget that there will be a new allowance of £1,000 for trading (and property) income from April 2017. This will be particularly helpful for those whose trading activities are on the smallest scale.