As you might have seen in the news recently, The Supreme Court has upheld earlier decisions 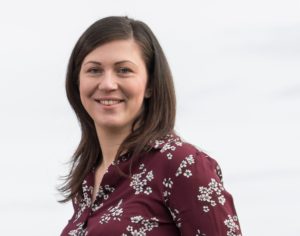 confirming an individual’s claim that he was a ‘worker’ and not self-employed. But what are the tax and NI consequences of this ruling? Joanne Gibson discusses the Pimlico Plumbers case and its decision on employment status.

The long-running and high profile battle between Gary Smith and Pimlico Plumbers about his employment status finally came to an end in June when the Supreme Court ruled that he was indeed a ‘worker’ and not self-employed, as Pimlico had claimed.

Worker or employee?
The ‘worker’ status is a little short of being an employee, but still conveys many employment rights such as the minimum wage, holiday and sick pay. The worker status has been around for some time but has recently come to the fore because of the growing concern over workers in the so-called ‘gig economy’, such as Uber drivers.

Tax and NI implications
The difference between a worker and an employee is significant for PAYE tax and Class 1 NI purposes. The legislation specifically refers to income of ‘employees’ and ‘employed earners’ and not ‘workers’. This means that as the law stands HMRC can’t go after businesses which use the services of individuals under worker contracts.

Worker status?
Like employee status, a worker is an individual who personally carries out work, i.e. not via a company or other intermediary. The same status tests control, i.e. the right to send a substitute worker, and the obligation of the employer to provide work and the individual to do it, apply. If the last condition isn’t met, but the others are, the individual probably won’t be an employee, but is likely to be a worker.

Gig contracts
The Pimlico decision has resulted in fresh calls for the Government to step in with legislation to make employment status clearer. However, it is unlikely to happen any time soon given that the 2017 Taylor Report recommended precisely that, but the Government decided not to follow through.

Conclusion
The best way to avoid challenges over employment status is for your contracts and working practices to accurately reflect the status you wish the individual to have.