Despite the financial pressures caused by the pandemic, the government has gone ahead with the planned extension to tax breaks for environmentally friendly vehicles. What might this mean for your business? Bob Johnstone advises. 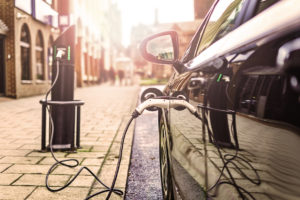 Businesses wanting to take advantage of the capital allowances (CAs) tax break for environmentally friendly cars and other vehicles have been given an extra four years to make qualifying purchases.

The tax break was due to end on 31 March 2021 for companies and 5 April 2021 for unincorporated businesses. But it now runs until 2025. In recent years there has been a stream of revised deadlines relating to this type of tax break but the latest extension means that they’ve now been aligned.

Qualifying purchases
Expenditure on environmentally friendly vehicles and related equipment shown in the list below qualifies for first year allowances (FYAs). This means a CAs tax deduction for 100% of the expenditure for the accounting period in which it’s incurred, rather than it being spread over many years.

When claiming FYAs for zero-emission cars watch out for new special boxes that HMRC is adding to tax returns from April 2021. These must be completed instead of including the claim with other qualifying expenditure.

Interaction with the AIA
The annual investment allowance (AIA) provides similar tax relief, i.e. CAs for 100% of expenditure except for cars. However, the AIA is limited to expenditure of £1 million per year whereas there’s no limit for FYAs. For most small and even medium sized businesses, the AIA is enough to cover any expenditure and so the FYAs appear academic for purchases (other than cars). But that won’t be the position for much longer as the AIA limit will reduce to £200,000 from 1 January 2022.

If your accounting year will span 31 December 2021 and you don’t claim the FYAs that you’re entitled to, there’s a risk that you could inadvertently use some of your AIA entitlement because of the rules which apply when the AIA reverts to £200,000. The same is true for accounting periods which begin on or after 1 January 2022, but without the complication of the transitional rules.

Record keeping
In view of the issue above, it’s important that whoever prepares your firm’s accounts can identify purchases that qualify for FYAs.

Keep records of your FYA qualifying purchases separately from other expenditure for which CAs can be claimed. It will then be easy to make the right type of claim and avoid the risk of using some of the AIA which can then be employed to accelerate tax relief on other purchases.

IN SUMMARY
The deadline for qualifying expenditure on environmentally friendly cars, goods vehicles and related equipment such as electric charging points, has been extended from 2021 to 2025. Keep a separate record of purchases which qualify so that the special tax deductions can be claimed without eating into your annual investment allowance.