The business you started a couple of years ago has grown, so you’ve formed a company to take over the tra 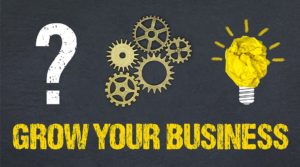 de. What steps can you take to make the transition smooth and tax efficient?

For small businesses tax savings can be made by operating through a company rather being unincorporated, i.e. a sole trader or partnership. However, if your business started life unincorporated and you transfer the trade to a company, it is treated as ceasing for tax purposes. This can result in extra tax liabilities and so partly defeat the purpose of transfer.

TRANSFER OF EQUIPMENT
Extra tax can result from the transfer of equipment used in the business for which you’ve claimed capital allowances (CA’s) – HMRC’s version of the depreciation costs. Your unincorporated business is usually treated as having sold the equipment for the lower of its market value or cost. However, where the parties are connected, they can make a joint election under Capital Allowances Act for the transfer to be deemed to take place at a price equal to the tax written down value. The effect of the election is that neither a balancing allowance nor a balancing charge will arise.

Example
In 2020/21 Peter transfers his business, including its equipment, to a company in which he owns most of the shares. The equipment cost £90,000 and he’s received CA tax deductions for the whole amount. The equipment’s market value at the time of transfer is £65,000. The unincorporated business must pay income tax (at up to 45%) on £65,000.

Peter and his company can make a joint election to avoid the income tax charge on the £65,000. Instead, the company pays corporation tax (currently 19%) only if it sells or transfers the equipment. However, if there’s a transfer of business premises which has equipment fixed to it, a different election, but with similar consequences, can be made.

TRADING STOCK
If trading stock is transferred between connected businesses, for tax purposes the transferor is treated as having sold it. The deemed sale value is the amount the business would have received had it been sold to an unconnected customer.

Peter and his company can jointly elect to treat the transfer value of the stock as £25,000. The election is only relevant if the market value of the stock exceeds the book value in the unincorporated business’s accounts and the amount, if any, the company pays for it.

LOWER TAX COST
The effect of the election is that it’s the company and not Peter that will pay tax on the profit relating to the stock, and only when it sells it. Another advantage is that the company will pay CT (19%) on the profit rather than income tax (up to 45%) that Peter would pay.

Elections can be made which defer the potential tax charges that can result from the transfer of equipment and stock from the unincorporated business to the company. The company will only have to pay tax on the equipment and stock if it sells or transfers it. The deferral can also save and defer tax.