A local sports club held a Christmas fundraising dinner, the club is non-profit making but they are unsure about how to deal with VAT on the income. Also can the club claim any input tax on the costs of the dinner? John Craig provides the answers. 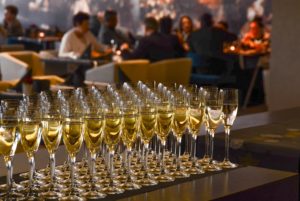 The good news is that the income from the dinner will be exempt from VAT as long as the following important conditions are met:

It’s not a problem if the event made a loss due to lack of support or unexpected costs. It is the intention of making a surplus that counts, so we recommend always producing a forecast to show the expected profit from the evening.

It is important to include “irrecoverable VAT” on expenses in the costings for such because of a potential input tax block. The exemption applies to all income that is specific to such an event e.g. ticket sales, programme sales, promotional material or merchandise, auction items, sponsorship packages, advertising revenue and so forth.

HMRC would challenge attempts to apply the exemption to normal trading income that is earned from the event. For example, bar sales at the clubhouse would not be income specific to the event but a separate wine counter away from the bar, with a separate purchase invoice, for customers to buy wine with their meals, would not be a problem.

The starting point is that any VAT paid on the costs of the evening are input tax blocked under the rules of partial exemption. This is a fair outcome, HMRC is not getting VAT on the income from the evening, so it is reasonable that input tax is also blocked. Costs that the block would apply to would include the following expenses: catering fees, guest speaker fees, cost of auction items and other merchandise, advertising costs for the event.

However, there is a window of opportunity that might enable the club to fully claim input tax by using the partial exemption de minimis limits. These rules apply if the input tax relevant to exempt activities is less than £625 per month on average and also less than 50% of total input tax in a VAT period.

The exempt input tax figure includes a proportion of the VAT incurred on overhead items and mixed costs, e.g. telephone bills, computer costs. This calculation is usually made according to the standard method of partial exemption based on splits between taxable and exempt income. All partly exempt businesses must carry out a partial exemption annual adjustment up to the end of March, April or May (depending on VAT periods) and the annual figures supersede any quarterly or monthly calculations. The maximum figure for exempt input tax is therefore £7,500 in a year, i.e. £625 x 12 months but it must also be less than 50% of total input tax. You will need to check VAT on any other sources of exempt income, e.g. playing fees when considering the de minimis limits.

CONCLUSION
Income specifically from the event will be exempt if the event was properly promoted as a fundraiser. Ensure such income is kept separate from any other income, e.g. bar sales, as these can’t be covered. You may be able to use the partial exemption de minimis rules to reclaim input VAT but do remember to include any other VAT from exempt sources.